Starting Out: how it all began, part 1

Books were always my friends. My own to read over and over; South Woodford library’s to borrow and carry back and forth across the North Circular Road, hoping to find more by my favourite authors on each visit. My parents’ few books I knew by their spines, and wondered about their insides.

As I started to hold authors in awe for what they could do inside me, I aspired to be one. My own stories  pleased myself, my teaachers, my family. But the gulf was obvious. A book coming into being was as mysterious a thing as a baby emerging. I began to notice names on the bottom of title pages; names and places: London and New York seemed to keep recurring.

To publish, then, was to conceive, to bear. I started to notice the courtly dance between writer and publisher. It was, it seemed, a kind of marriage. And could be very productive, and mutually beneficial. An impressive list of older children set out on the frontispiece was an endorsement of both parties: ‘ain’t we something?’. A ‘debut’ was something else: newness, excitement: frequently bold. When I saw arresting I thought the police might be involved.

Further on, it seemed like a lot hinged on men’s names: Jonathan Cape; Andre Deutsch; Victor Gollancz. Often foreign and exotic sounding. But then some were just a surname: Macmillan. Or an alliance: Routledge, Kegan Paul. They sounded like those solicitors or accountants that cropped up from time to time in family affairs. And then the world of paperbacks, where a funky mascot was required: Armada, or Penguin.

Clearly publishing was a business. But what a business. To produce…a book! One of those smooth, decorated, jacketed hardback numbers, with seductive endpapers, tinted ends of page sheets, and those tightly stepped preliminary pages, always necessary before the real business in hand could begin. Imagine being responsible for that.

That, I said to myself, is something worth doing. That is a lucky life, to be making books for a living. I could cope with that all right.

Soon I had other priorities tp pursue, but a seed was planted that had potential to flourish. 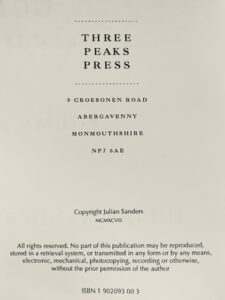 At school I edited a magazine and began to understand the process that went into producing print. But as a student, it was more the product that took my attention. It was only later when I thought I had enough poems to make a collection that I started to think about publishing in more detail. I found a small press, The Collective Press, to produce my book and was quickly drawn into producing poetry pamphlets, and a periodical. I was drawn into the world of typefaces and design.

But books?! That was for publishers: Faber & Faber; Bloodaxe. Big, faraway names. Then Christopher Skelton retired to Abergavenny. His September Press (which followed Skelton’s Press) was a leading small press; admired for its typesetting by hand, design and for producing varied, beautiful bookwork. We had wonderful talk, helping me to learn the basics. Unfortunately he was succumbing to motor neurone disease.

We had a plan for the small printing machine he had in the garage: I would be his hands, and he would tell me what to do. Sadly he grew too ill before we could begin. Instead of playing in his garage, I read books he liked on to cassette tapes.

I could see no way to make a living out of hand letterpress, but it got me thinking about how his gold standard of attractive design, smart typesetting and careful binding could be emulated by modern technology. I knew my way around computers, and had the motivation to learn how to use Pagemaker, initially for my three-fold pamphlets.

After Chris Skelton’s struggle with motor neurone disease came to its end in 1992, and we buried him on a windswept autumn day, his wife  Elizabeth invited me to catalogue his books properly whilst decisions were made. The lengthy task provided me with a vicarious education in printing, as Chris had every important text on design and typography, as well as his own peerless publishing history; accurate cataloguing demanded a close look at everything..

I applied what I learned to give me the impetus to start my own press. I felt it should have a precise local reference, and decided upon Three Peaks Press, after our surrounding mountains: Blorenge, Skirrid and Sugar Loaf. Now I needed a book.

I heard that a local friend of friends had been doing good quality letterpress, but had given it up as unviable. Charles Boase had another life working in the production of the Western Mail, and he was a source of sage advice, as well as providing a poetry collection by Julian Sanders as my first book publishing venture, Let God Create: 32 pages of poems to set, complete with my inaugural ISBN, and a first draft of what would become the press logo. It wasn’t going to be a best seller, but it was real, and it hung together nicely. I was started. 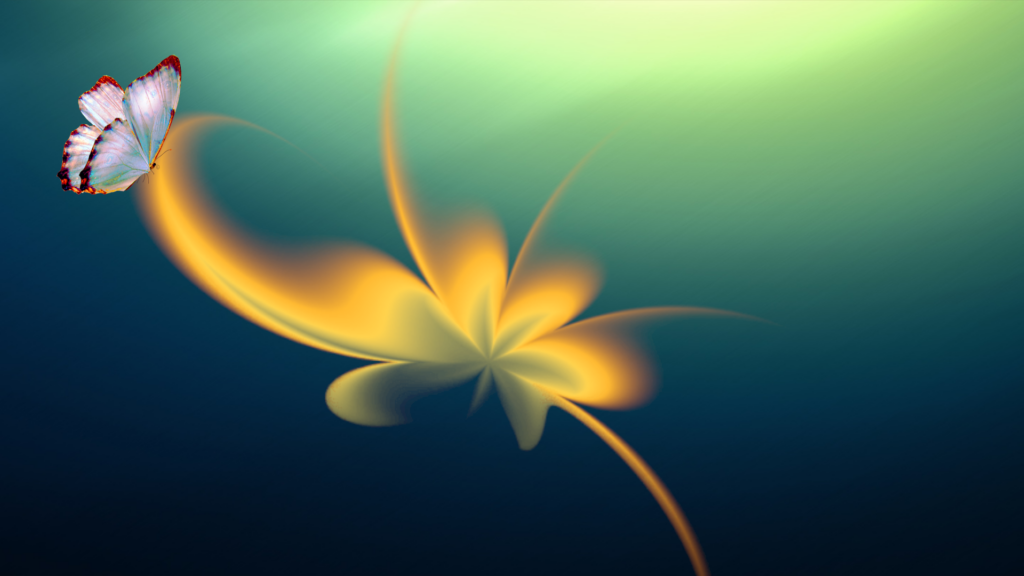